Our Lady of Fatima University 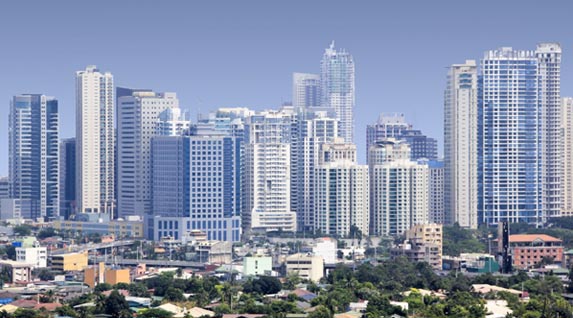 Philippines is also known as Republic of Philippines is an archipelagic island of Southeast Asia located in the Pacific Ocean. It is known for its rich biodiversity and abundance in natural resources. It is considered to be twelfth populated country in the world. The country is home to people from different ethnicity and cultural background. Manila is the capital of the country and Quezon City is the most populous city.

The country has been a Spanish and American colony in the past. In 1934, the country obtained its Commonwealth status. In October 1945, it became a founding member of United Nations. Post World War II, through the Treaty of Manila, the country was recognized as an independent nation. At present, it follows democratic system, where the constitutional head is the President.

Affordability - Philippines is much more affordable when it comes to yearly fees of the universities & other expenses.

Placement Options - Philippines is the largest provider of medical trained nurses and doctors to the U.S.A, Canada and many other countries thus giving an assurance of jobs and the level of trust other countries have on students who have passed out of Philippines universities.

Superior quality of the educational system - In Philippines, the teachers are not only fluent in English, but they are US educated.

Why MBBS in Philippines - High quality education, safe and conducive environment and affordable fee structure and other associated expenses are one of the primary reasons for international students to opt for higher education in the country. Apart from this, with a degree of the educational institutes in Philippines, you can explore job opportunities in different countries in the world. Medium of instruction for all these courses is only English.

Why MBBS in Philippines is better for Medical Education? So long people were only aware of Soviet Russia and China for provision of affordable and good system of medical education. However, Philippines is also rising as one of the top places for providing high quality medical education, at par with the degrees awarded by the universities of the U.S.A and the U.K. Students get the degree of Doctor of Medicine (M.D.) after completing four years degree program which is equivalent to M.B.B.S in India.

In the first year, the basics of medical sciences are taught. From the second year onwards to third year, these courses focus on specialized areas. Fourth year includes clinical rotation in different departments. This degree deals with medical theories, technologies, practices and different approaches for problem-solving.

Comparison MBBS in Philippines & Other countries

Most of students’ dream of getting admission in a good government medical school at home or abroad by scoring high in the medical entrance examinations conducted by Ministry of Education but Studying MBBS in the private medical colleges of home-country is very expensive.

Studying MBBS in Philippines, China, Kyrgyzstan and Russia is undoubtedly a good choice for those who want to become good doctors. There are no capitation fees or donations to be paid to the universities abroad. The cost of higher education in these countries is highly regulated and subsidized by the Ministry of Education (MOE). They are very reasonable in contrast to universities in other countries. The cost of living is also relatively low compared with studying medicine in India and other countries.

Medical colleges in Philippines, China, Kyrgyzstan and Russia have very small and separate batches for local and international students, where the medium of teaching is English. In addition to affordability, the medical colleges there have robust infrastructure, advanced technology and good living conditions, claim students and doctors.

However, to be eligible to practice in India, doctors graduating from these universities have to clear a screening examination conducted by the National Board of Examinations under the directive of Medical Council of India.

Top Universities for Study MBBS in Philippines are :

Mission Statement - The School of Medicine is committed to promote quality and relevant medical education, thereby producing quality and compassionate medical practitioners with a social conscience, dedicated to the service of God and humanity.

Philosophy and goals - Medical education in the Philippines continues to be charged with being so hospital-oriented that it has failed to produce physicians who are responsive to the needs of the country. Instead, its products, being tailor-made for practice in the developed countries, easily leave the country. Moreover, the cost of medical education has become so prohibitive that admission to medical school is almost limited to the elite.

The Angeles University Foundation established the medical school, which is university-based, community-oriented, and committed to develop broadly educated physicians.

Our Lady of Fatima University (OLFU) 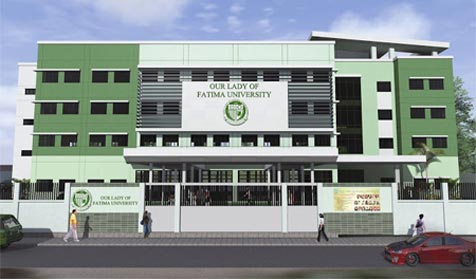 Our Lady of Fatima University, formerly known as Our Lady of Fatima College, and also formerly known as Fatima Medical Science Foundation, Incorporated (FMSFI) is a private university in the Philippines. It has five main campuses, one based in Valenzuela City, the others in Quezon City, Antipolo, Rizal, Pampanga and the newly constructed Nueva Ecija Doctors Colleges Inc.

History - Founded in 1967 by Jose Olivares and his son-in-law, Dr. Vicente M. Santos, the university grew out of Our Lady of Fatima Hospital. The hospital became the primary provider of medical and health care services for Valenzuela. Olivares was an entrepreneur and previously a chemistry professor at Ateneo de Manila University and at the University of the Philippines. Santos rose from humble origins in Hagonoy, Bulacan, graduated from the University of Santo Tomas, became an obstetrician-gynecologist, and delivered over 96,000 babies during his 40 years of service. 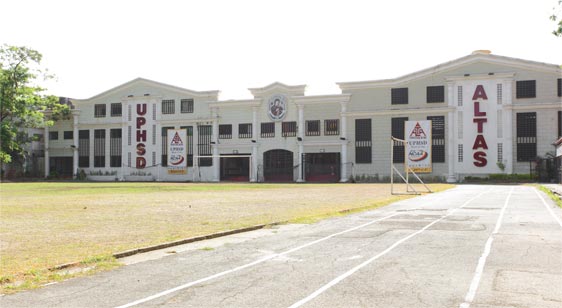 University of Perpetual Help System (UoPH), Philippines is a co-education Institution of higher learning located in Las Pinas City; Metro Manila, Philippines founded in 1975 by Dr. (Brigadier) Antonio Tamayo, Dr. Daisy Tamayo, and Ernesto Crisostomo as Perpetual Help College of Rizal (PHCR). It has nine campuses offering over 70 courses in 20 colleges. The University inculcates the Perpetualite values, teachings and principles. Graduate of UoPH call themselves Perpetualites with Alumni Chapters in Philippines and USA. The institute was given University Status in 1997 by CHED. 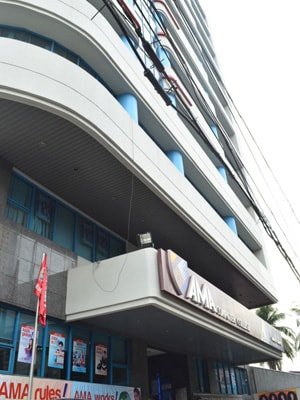 AMA School of Medicine is one of the Leading Medical colleges in the Philippines. It is Located in Makati city in Manila which is the financial centre of the Philippines; Makati city has the highest concentration of multinational and local corporations in the country. Major Banks, corporations, department stores as well as foreign embassies are based in Makati. Makati is also known for being a major cultural and entertainment hub in Metro Manila. AMA School of Medicine, Makati Campus– 2.4 kms from Indian Embassy in Makati & 7 kms from Ninoy Aquino International Airport – Manila.

AMA School of Medicine is part of the AMA Education System. Dr. Amable R. Aguiluz V, is the founder of the Group. He has been an Ambassador of the Philippines to the Gulf Countries. He named college after the initials of his father's name, Amable Mendoza Aguiluz V, Sr.

You are welcome to Study Abroad through “Admission Advisor”

Kindly feel free to contact us for whatever honest guidance & information you want about studying MBBS abroad.

We at Admission Advisor are ready to guide, support & provide complete solutions to aspiring candidates for selection of the country & institution, Admission Procedures, visa documentation & process; traveling and support required in destination country like Airport pick up, University admission process on arrival, Hostel allotment, all other support required inside the campus for seeking Admission in a Leading Medical Universities Abroad, in any country.

Our counseling sessions in virtual mode are being recorded for training and informational purposes. Hence, we would request callers to keep conversations decency and maintain appropriate mannerism during conversation.

Ask questions about the study abroad program & institution only.

Quick Enquiry For MBBS in Philippines 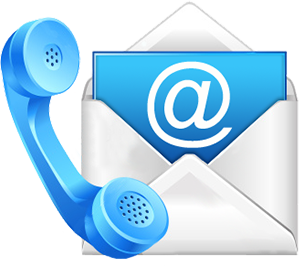